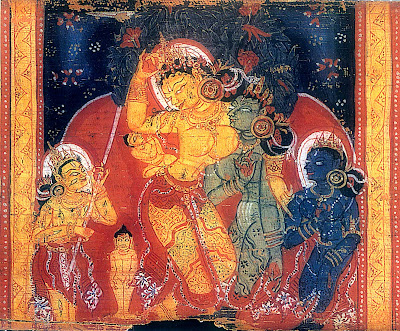 Some interpretations of the life story of the Buddha attribute his birth to a virgin birth. This is likely due to a specific interpretation of the prophetic dream Queen Māyā is said to have had prior to conception and is not a widely held view amongst Buddhists. As she is described to have been married to King Śuddhodhana for many years, there is no indication that she would have been a virgin at the time of Siddhārtha's conception. Nonetheless, this interpretation has led to parallels being drawn with the birth story of Jesus.