Buddhist and Taoist Origins of the Japanese Tea Ceremonies 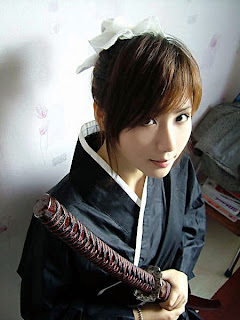 The Japanese tea ceremony (茶道, chadō, or sadō, or chanoyu - "the way of tea") is a traditional ritual based on Taoism (Daoism) and influenced by Zen Buddhism in which powdered green tea, or matcha (抹茶), is ceremonially prepared by a skilled practitioner and served to a small group of guests in a tranquil setting.

Drinking of tea was introduced to Japan in the 9th century in the form of the boiled tea (団茶, dancha) by the Buddhist monk Eichu (永忠), who had returned to Japan from China, where it had already been known, according to legend, for more than a thousand years. Tea soon became widely popular in Japan, and began to be cultivated locally.

The custom of drinking tea, first for medicinal, and then for purely pleasurable reasons, was already widespread throughout China. In the early 9th century, Chinese author Lu Yu wrote the Ch'a Ching (the Classic of Tea), a treatise on tea focusing on its cultivation and preparation. Lu Yu's life had been heavily influenced by Buddhism, particularly the Zen-Chán school. (This form of Buddhism is known as Chan in China and Zen in Japan). His ideas would have a strong influence in the development of the Japanese tea ceremony.

In the 12th century, a new form of tea, matcha, was introduced by Eisai, another Japanese monk returning from China. This powdered green tea, which sprouts from the same plant as black tea but is unfermented and ground, was first used in religious rituals in Buddhist monasteries. By the 13th century, samurai warriors had begun preparing and drinking matcha as they adopted Zen Buddhism, and the foundations of the tea ceremony were laid.

Tea ceremony developed as a "transformative practice," and began to evolve its own aesthetic, in particular that of wabi. Wabi, meaning quiet or sober refinement, or subdued taste, "is characterized by humility, restraint, simplicity, naturalism, profundity, imperfection, and asymmetry [emphasizing] simple, unadorned objects and architectural space, and [celebrating] the mellow beauty that time and care impart to materials". Ikkyu, who revitalized Zen in the 15th century, had a profound influence on the tea ceremony.

Calligraphy, mainly in the form of hanging scrolls, plays a central role in the tea ceremony. In Japan the formal name for this process of brush strokes is zenga. Scrolls, often written by famous calligraphers or Buddhist monks or painted by well-known artists, are hung in the tokonoma (scroll alcove) of the tea room. They are selected for their appropriateness for the season, time of day, or theme of the particular ceremony. Calligraphic scrolls may feature well-known sayings, particularly those associated with Buddhism, poems, descriptions of famous places, or words or phrases associated with tea ceremony. A typical example might have the characters wa kei sei jaku (和敬清寂, harmony, respect, purity and tranquility). Some contain only a single character; in summer, kaze ("wind") would be appropriate. Painted scrolls may contain seasonally appropriate images, or images appropriate to the theme of the particular ceremony. Rabbits, for example, might be chosen for a nighttime ceremony because of their association with the moon. Scrolls are sometimes placed in the waiting room as well.

Chabana (茶花, literally "tea flowers") is the simple style of flower arranging used in tea ceremony. Chabana has its roots in ikebana, another traditional style of Japanese flower arranging, which itself has roots in Shinto and Buddhism.

Kaiseki ryōri (懐石料理, literally "breast-stone cuisine") is the name for the type of food served during tea ceremonies. The name comes from the practice of Zen monks of placing warmed stones in the breast of the robes to stave off hunger during periods of fasting.
at 00:23